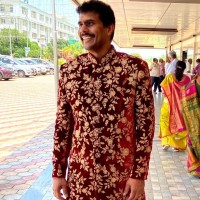 The Sheikh Hasina government temporarily lifted the ban on Hilsa exports to West Bengal last week which they had imposed about eight years ago. About 1,450 tonne of Hilsa from Bangladesh’s Padma River is now on its way to Kolkata.

Fish merchants and general buyers made a beeline in front of several fish-selling kiosks at Howrah fish market as the news spread like wildfire early Tuesday.

According to sources, about 20 tonne of Hilsa from Bangladesh’s Padma River, considered to be the best in terms of taste, arrived in Howrah’s wholesale fish market crossing the Petrapole-Benapole border late Monday which eventually got distributed amongst various retail fish markets in and around the eastern Metropolis.

This has been the largest consignment of the pricey fish across the border since 2011.

Hilsa catch has been really poor in West Bengal this year, while an abundant catch has led to a surplus in Bangladesh with fish traders on the other side of the fence lobbying with the Sheikh Hasina government for making a temporary concession in export this year.

The Bangladesh government had banned the export of Hilsa in July 2012.

Howrah wholesale fish market association secretary Syed Anwar Maqsood said that such huge consignment of Bangaladeshi Hilsa came after eight years. “Last year only 500 tons of Bangladeshi Hilsa came to West Bengal as a gift and got sold off with in a few hours. This time we are happy to receive it large numbers. This time the consignment is full of Hilsa weighing between 600 gram and 1.5 kg. The cost is also reasonable as the quantity is adequate,” Maqsood said.

He said the price per kg is varying between Rs 800 – Rs1,300 for Hilsa weighing bellow 1 kg in size. “For bigger ones (weighing over 1 kg) the price per kg is definitely higher as there is a huge demand in all the Kolkata markets. These Hilsa will reach all big and small retail markets in Kolkata and will generally be sold at a price of Rs 150 to Rs 200 higher than the wholesale price per kg,” said Maqsood, who is also the secretary of Howrah fish market’s import association.

He said that the Hilsa diplomacy between Bangladesh and India had impacted the taste buds of gastronomic Bengalis in a big way. Last eight years had been really dry in terms of tasty Padma’s Hilsa as there was no supply.

“The first consignment came to us maintaining all necessary Covid-19 protocols last night crossing the Boangaon border. We are hopeful as there will be more supplies in the times to come this year, ahead of Durga Puja,” he added.

Gopi Adusumilli is a Programmer. He is the editor of SocialNews.XYZ and President of AGK Fire Inc.

When it comes to writing he likes to write about current world politics and Indian Movies. His future plans include developing SocialNews.XYZ into a News website that has no bias or judgment towards any.

He can be reached at gopi@socialnews.xyz