Delhi is set to witness two very different iterations of the Republic Day tomorrow from two pillars of Indian society — the traditional parade on Janpath as well as the unprecedented farmers’ tractor rally.

As a result, thousands of armed personnel have been deployed at the Rajpath and several border points of the national capital which has been brought under a multi-layered security cover in view of Republic Day celebrations as well as the proposed tractor parade by farmers on Tuesday.

While the Republic Day parade will start from Vijay Chowk, the farmers’ tractor parade will move into the city from three border points — Singhu, Tikri and Ghazipur (UP Gate).

Here is all you need to know about the two celebrations:

1. India will show its military might on Tuesday with Rafale fighter jets taking part in the Republic Day flypast for the first time and the armed forces showcasing T-90 tanks, the Samvijay electronic warfare system, Sukhoi-30 MKI fighter jets, among others.

2. Following Covid protocols, only 25,000 people will be allowed to attend the ceremony at Rajpath as opposed to over one lakh spectators who usually attended the event every year. The parade will also be shorter this year. Instead of marching up to Red Fort, the parade will end at National Stadium and only the tableaux will be allowed to perform at Red Fort.

3. Total 32 tableaus — 17 from states and union territories, six from the Defence ministry and nine from other Union ministries and paramilitary forces — depicting the nation”s rich cultural heritage, economic progress and defence prowess will roll down the Rajpath at the Republic Day parade.

4. Apart from this, schoolchildren will perform folk arts and crafts displaying skills and dexterity handed down from generations — Bajasal, one of the most beautiful folk dances of Kalahandi in Odisha, Fit India Movement and Aatmanirbhar Bharat.

5. A 122-member proud contingent of the Bangladesh armed forces will also march on Rajpath on Tuesday. India is currently celebrating the Swarnim Vijay Varsh – Golden Jubilee year – commemorating the country’s victory over Pakistan in the 1971 war that led to the creation of Bangladesh. 7. As per tradition, the national flag will be unfurled followed by the national anthem with a booming 21-gun salute.

8. The parade will commence with President Ram Nath Kovind taking the salute.

9. Sharpshooters and snipers will be deployed on top of high-rise buildings to keep watch on the eight-km-long parade route from Rajpath. 10. Deputy Commissioner of Police (New Delhi) Eish Singhal said more than 6,000 police personnel will be deployed at Rajpath for Republic day celebrations. Checking and frisking staff deployed at Rajghat will be done by personnel in PPE kits, with mask and face shield, keeping in line with Covid-19 protocols.

1. Meanwhile, away from Central Delhi, farmers at Delhi’s three protest sites — Singhu, Tikri and Ghazipur border points will also take out a massive tractor rally against the farm laws. The routes will cover over 100 kilometres of distance in the national capital.

2. Protesting farmer unions opposing the three contentious farm laws said their parade will not enter central Delhi and it will start only after the official Republic Day parade concludes. As per the Delhi Police, barricades and other security arrangements will be removed and the farmers will enter the national capital at around 12 pm.

4. The interstate bus terminus (ISBT) at Anand Vihar will also remain closed on Tuesday during the day as a precautionary measure in view of the proposed tractor parade by farmers.

5. While farmers’ leaders have claimed around two lakh tractors are expected to participate in the parade in a show of strength and support, the Delhi Police has only given permission for 5,000 tractors to enter the capital. 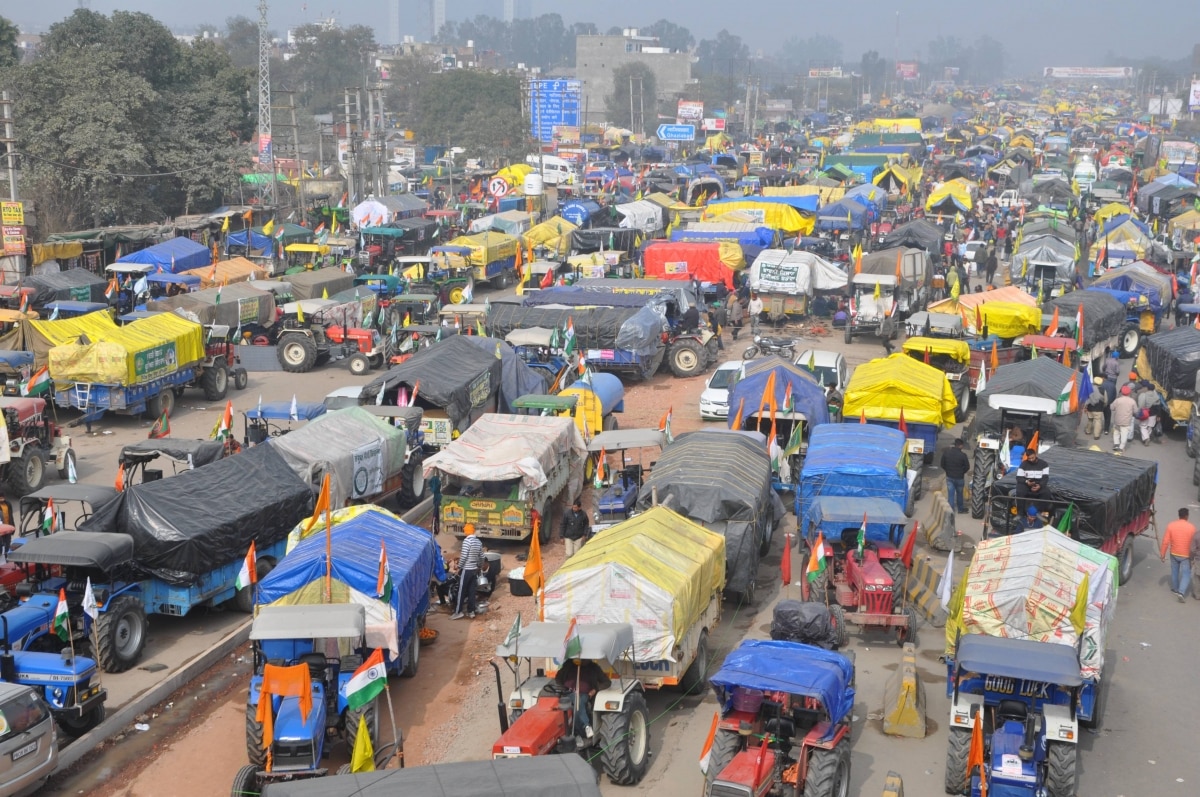 6. Farmer leaders have appealed to those participating in the tractor parade to carry enough ration for 24 hours and ensure that the rally parade remains peaceful. “No one should carry any weapon or drink alcohol. Banners carrying inciting messages are not allowed,” a farmer leader said.

7. One of the major highlights of the parade on Tuesday will be the ‘jhankis’ (tableaux) that will be led by a trolley carrying the sacred text of the Sikhs Guru Granth Sahib. While the entire vehicle has been adorned with flowers, posters of Sikh leaders like Shaheed Baba Deep Singh, Baba Banda Singh Bahadur and Guru Tegh Bahadur have been pasted on the sides of the trolley.

More tableaux which will be presented during tomorrow’s Kisan March. pic.twitter.com/8E97BCzW69

8. The farmer leaders will be on the frontline in their cars. According to protesting unions, there is no cutoff time for the parade or limit on the number of vehicles. However, all vehicles will have to return to the originating place without stopping midway except for a valid reason, the farmer leaders said. Each tractor will carry a tricolour and will run with folk music and patriotic songs blaring out. 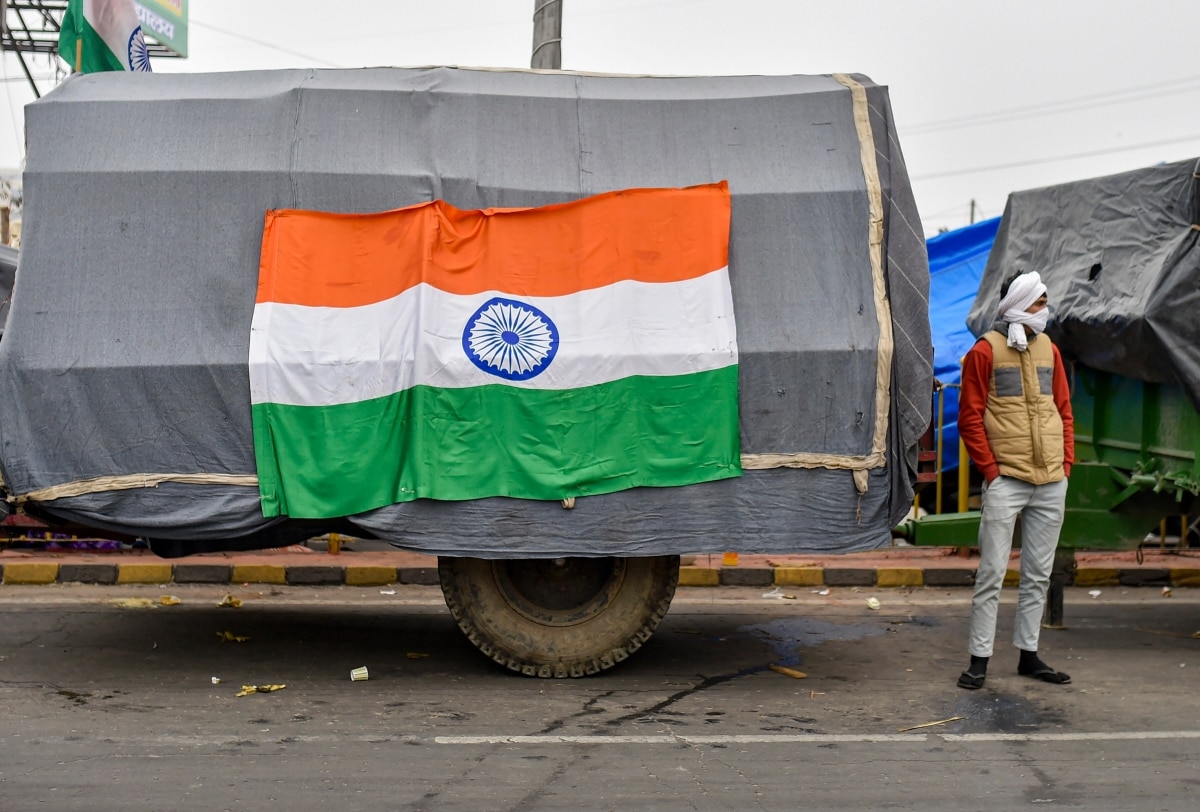 9. Hundreds of women farmers are also expected to drive tractors at ‘Kisan Gantantra Parade’ on Republic Day. Several rural women in Haryana’s Jind district have reportedly been receiving training for the past one month to drive tractors to be able to participate in the tractor rally.

In a show of strength, hundreds of women are expected to drive tractors at ‘Kisan Gantantra Parade’ on Republic Day, as a large number of farmers opposing the new agriculture laws will enter the national capital under a high security cover.#SupportPeacefulTractorParade pic.twitter.com/lI0pRC7EHc

10. To maintain law and order during the farmers’ tractor parade, thousands of security personnel have been already deployed at several border points. Deependra Pathak, Special Commissioner of Police (Intelligence), claimed on Sunday that over 300 Twitter handles have been generated from Pakistan to disrupt the tractor parade.