When Hamida Parvin returned home to Bangladesh for a holiday from her job as a nanny in Qatar last February, she was excited to see her 17-year-old son after a year apart.

But the COVID-19 crisis suddenly escalated, flights were cancelled and Parvin’s joy soon became a nightmare “scramble for survival” as she scoured for ways to provide for her family.

“I went mad looking for jobs…nobody was hiring,” the 35-year-old told the Thomson Reuters Foundation at a small cafe in the capital, Dhaka, where she works as a chef – the family’s main source of income as her diabetic husband is often unwell.

“My savings went down to zero. Despite working for so many years, I am not sure if I can even pay the 7,000 taka ($US83) fee that my son needs to sit for his upcoming school exams.”

In the cafe in the corner of a training centre for migrants, Parvin fries samosas and puris for breakfast and cooks rice, fish and chicken for lunch for Bangladeshis learning to speak Arabic or fix motors before applying for a job abroad.

She earns 7,000 taka a month – less than a third of what she earned in Qatar – but considers herself lucky to have a job as one of some 400,000 migrants who returned to Bangladesh during the pandemic, many without receiving their full wages.

Migrants’ workers who returned from abroad due to the pandemic are receiving training from BNSK. Dhaka, Bangladesh, on 24th February. PICTURE: Thomson Reuters Foundation/Mohammad Rakibul Hasan.

The new coronavirus has devastated the South Asian nation – one of the world’s largest exporters of workers that relies heavily on their remittances, as well as the sale of clothes to Western brands in countries hit by store closures and lockdowns.

Last year thousands of garment workers lost their jobs in Bangladesh, the world’s second largest clothes supplier. Despite a recent uptick in orders, work is scarce and debts are mounting.

“We don’t have enough money. Now we eat meat just once a month. We rarely buy fish and mostly rely on vegetables.”

– Fatima Khatun, returned to her family in their village in southern Bangladesh after losing her job at a Dhaka garment factory.

After losing her job at a Dhaka garment factory a year ago, Fatima Khatun, 22, returned to her family in their village in southern Bangladesh and started packing crabs for export.

But she was soon laid off due to low exports.

“We don’t have enough money. Now we eat meat just once a month. We rarely buy fish and mostly rely on vegetables,” said Khatun, jobless since October.

Unemployed student Masum Billah, 23, is in a similar predicament after losing his job in a Dhaka bag factory, which he relied to buy medicine for his mother and to fund his degree.

“I have taken a loan to pay for my mother’s medicines…but I don’t know how I’ll pay my university fees,” he said.

“The situation is driving me insane.” 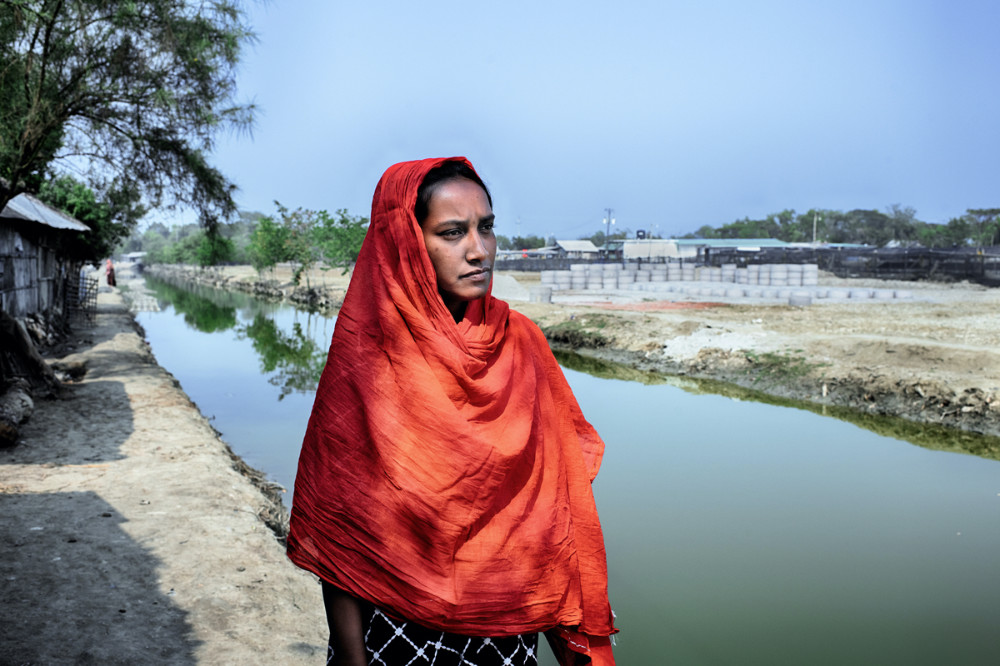 Fatima Khatun, 22, looks into the distance in Satkhira, Bangladesh, on 14th February. Khatun was laid off twice during the pandemic, once from her job as a seamstress in a garment factory in March last year and then as a packer in the crab industry a few months later, after Bangladesh’s exports were hit by pandemic restrictions. PICTURE: Thomson Reuters Foundation/Mohammad Rakibul Hasan

Some 64 per cent of migrants who returned home during the pandemic were unemployed and 69 per cent were in debt, found a March survey by UN migration agency IOM.

“Before coronavirus, both my husband and I had jobs. We were content. But things have changed a lot,” said Shahnaz Begum, who flew back from Saudi Arabia last April after her contract as a housemaid ended.

Her husband, a painter, also lost work as projects were put on hold during the lockdown that lasted for several weeks.

“There were many days when I didn’t eat just so that my children could,” said Begum, who now earns 300 taka a day stitching masks – less than half her wages in Saudi Arabia – and has taken multiple loans to survive.

“We are constantly worried about these loans and the future of our two children.”

– Shahnaz Begum, who flew back from Saudi Arabia last April.

“We are constantly worried about these loans and the future of our two children,” said Begum, adding that she is keen to return to the Middle East as soon as possible.

To help penniless returnees set up businesses, the Ministry of Expatriates’ Welfare and Overseas Employment is offering low interest loans, but the scheme has been slow to take off.

When the pandemic forced cook and father-of-three Mohammad Kamruzzaman, 43, home from Kuwait, he applied for a 200,000 taka loan in July to open a small shop.

“It would have been good had I received the money soon after I arrived,” he said, standing in front of the tin and bamboo stall in outer Dhaka where he sells food, tea and cigarettes.

“But they needed a trade licence and many other documents which I couldn’t immediately provide,” he said, adding that the delay meant he had to take another loan until the government money arrived in February. 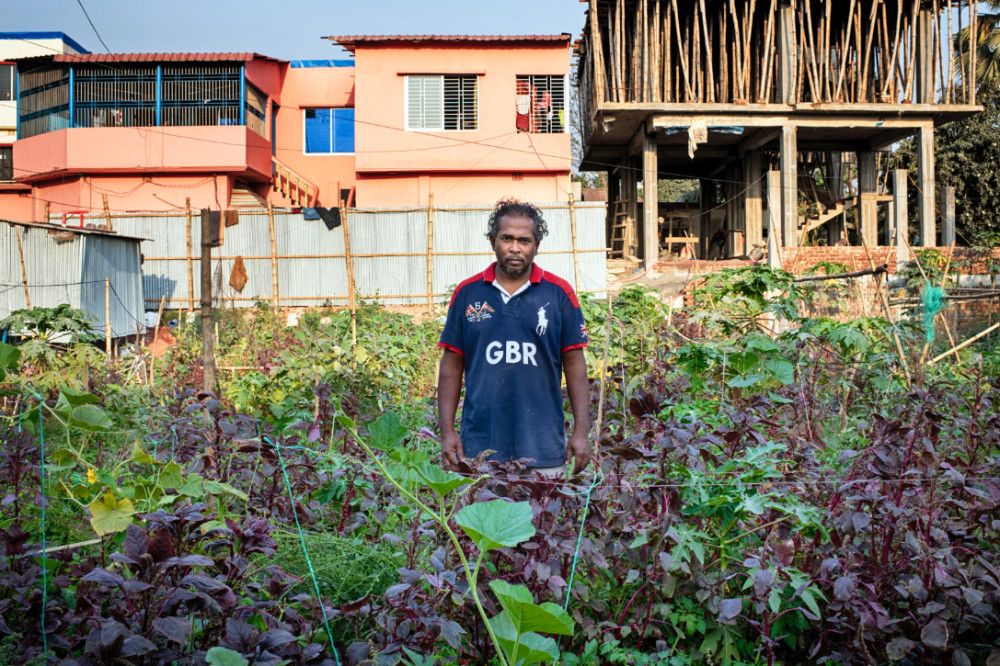 After spending many years in Kuwait as migrant worker, Sheikh Muhammad Kamruzzaman returned Bangladesh during COVID-19 pandemic whose visa was expired. He has now started small agricultural production of vegetable, fruits, poultry and a mini grocery shop just beside his farm to adapt with the adverse condition of economic pandemic. PICTURE: Thomson Reuters Foundation/Mohammad Rakibul Hasan.

Although disbursement of loans was slow initially, the rate has picked up and many migrants are now receiving loans, said Shamsul Alam, a senior officer at the Ministry of Expatriates.

Despite his struggles, Kamruzzaman said he was happy with his new life. He also grows eggplants, melons and tomatoes on land belonging to a friend, and hopes to sell them at a good price during Ramadan in April.

“If this investment works out, I don’t think I’ll be returning to the Middle East. I am old now and I want to spend some time with my family,” he said.

But Parvin’s cafe job is too poorly paid to allow her to stay in Bangladesh and she is looking for a new job overseas.

“I will never be able to earn that much with my education background over here.”