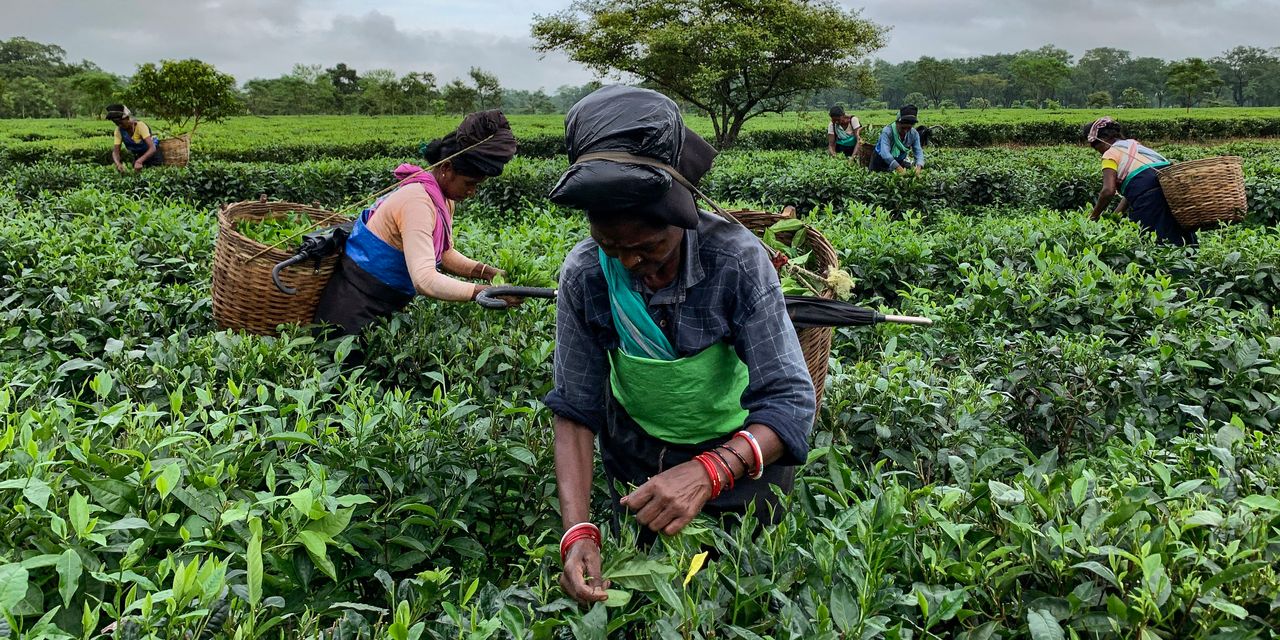 The world’s most popular beverage is becoming more expensive.
Remote working arrangements and other home routines established during the coronavirus pandemic have led more people to reach for cups of tea, which is consumed in larger amounts world-wide than any drink other than water. But supplies of tea leaves are tightening, due to bad weather in some producer countries, labor shortages, port closures and other logistical issues.
Prices of wholesale tea leaves have jumped 50% since March, when they tumbled to their lowest levels in more than a decade due to oversupply. At $3.16 a kilogram ($1.44 a pound) recently, they are at levels last seen in November 2017, according to World Bank data.
Some of the increase has started to lift store prices in the U.S. Prices of so-called liquid tea, which is typically sold as bottled concentrate, have on average increased 9.6% from a year earlier, while prices for packaged tea—sold in tea bags—have risen 1.7%, according to Nielsen, a market research firm. Prices of ready-to-drink tea, which comes already prepared in bottles, cans or packets, have been stable.
“This is largely a supply driven event,” said El Mamoun Amrouk, economist in the raw materials and tropical products team at the Food and Agriculture Organization of the United Nations. The FAO previously warned that climate change is threatening the limited agro-ecological area required for tea production, while global consumption is growing as more people believe in the antioxidant properties and other health benefits of tea.